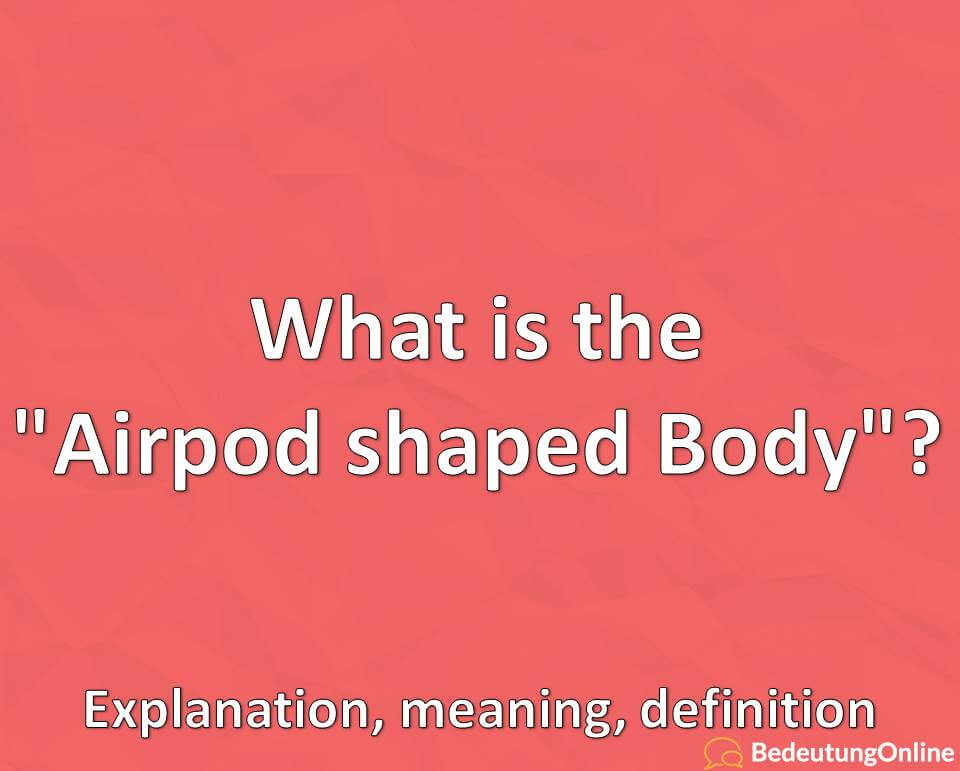 On TikTok (since the end of 2022), young women with a large bust, flat stomach and flat buttocks describe their body shape as an „airpod shaped body“. By this they mean that their body is shaped like an airpod. So, a lot on top, a little in the middle and a little on the bottom. Or oval on top, on a long stem.

What is the „Airpod shaped Body“? Explanation, meaning, definition

So we have to say that young women with an „Airpod Body“ mean that they look like a body earpiece of the US technology company Apple.

Criticism: Using an Airpod as a comparison for the body shape is partly an oblique comparison. Because an Airpod has a flat round back, while this is not true for these young women, if they stand straight!

Other terms for the body shapes of women are

The „Airpod shaped Body“ is actually a variation of the „inverted triangle“ body. Only that young women now use a new term for it.

Other body shapes include:

„Inverted triangle“ – here you have a large bust, narrow waist and narrow buttocks (The tip of the triangle points downwards.)

Airpod Body: why do young women do it?

Saying about yourself whether you have either an „Airpod shaped“ or „$ shaped“ body serves to categorize yourself. It serves to differentiate oneself from other body shapes. At the same time, it also serves to describe oneself, for example, when one wants to give information about one’s body or body shape on social media or in a chat on a dating app without showing a photo.

With the expression „Airpod shaped“, however, young women admit that they use it to distinguish themselves from older people.

Other meaning of Airpod Body

On TikTok, the hashtag #airpodbody has been used over ten million times. (as of January 2023)