The artificial intelligence „Dall E Mini“ creates the images based on, among other things, the images and graphics listed in the Google Image Search. In the image searches of the search engines, the images, graphics and photos are listed and sorted based on search terms, image names, image captions and alt texts. Using these texts, „Dall E Mini“ takes the listed images, scans them, determines the essence and creates new images from them.

Here it must be said, of course, that „Dall E Mini“ does not really understand the words entered, but only tries to reproduce the essence of the words in images. „Dall E Mini“ only guesses.

The best way to understand „Dall E Mini“ is to use it with famous examples.

As a term we use the word „Berlin“. 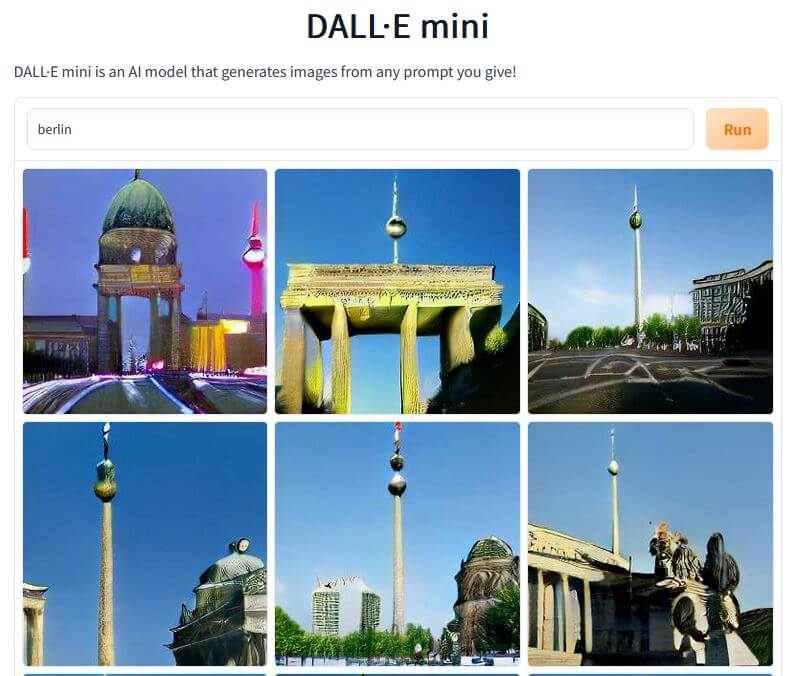 The landmarks of Berlin can be seen: the Brandenburg Gate, the TV tower, the dome of the Berlin Cathedral.

The AI has understood what Berlin is all about. Photos of landmarks under a blue sky.

But what happens with the term „Merkel eating fish“? 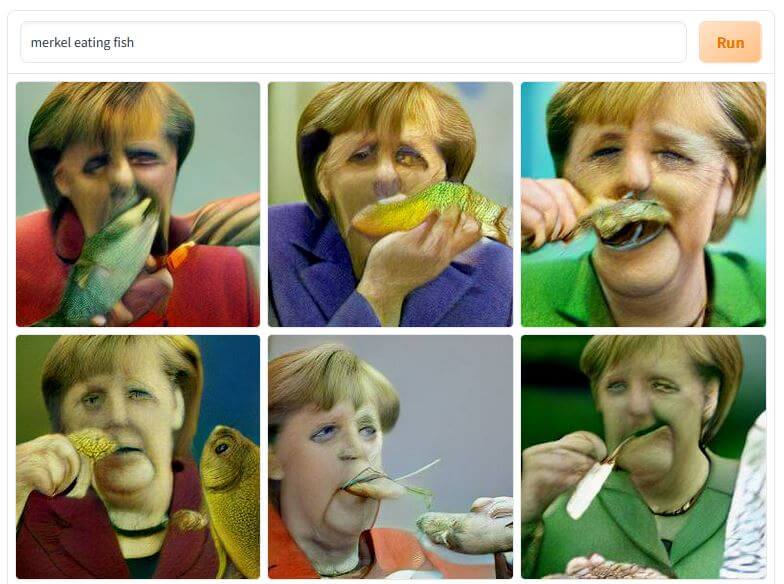 The AI has understood that „Merkel“ means the former German Chancellor Dr. Angela Merkel. It has also understood to some extent that the expression „fish“ and „eating“ belong together. This is recognizable by the fact that the AI „leads“ the fish to the mouth of Angela Merkel.

But the result is not beautiful. 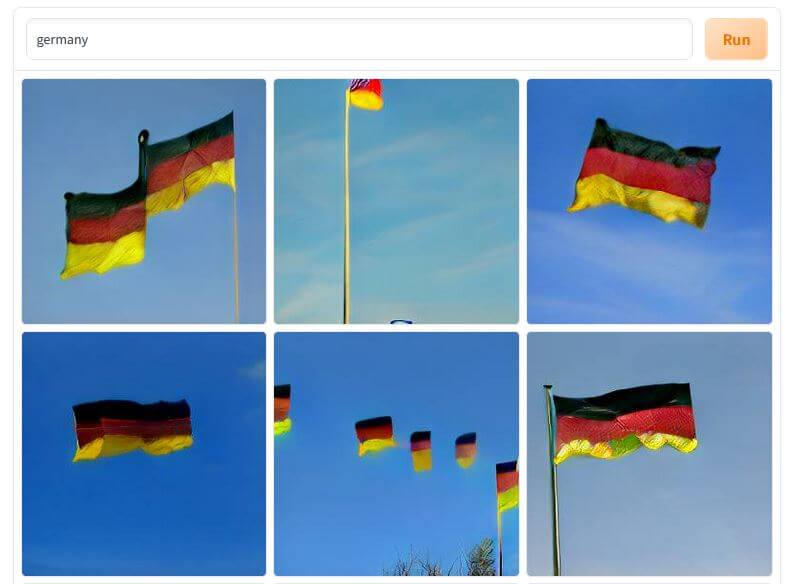 With the search word „Germany“ it gets a bit boring. The AI only shows German flags. Funnily enough, some of them fly or float through the air. 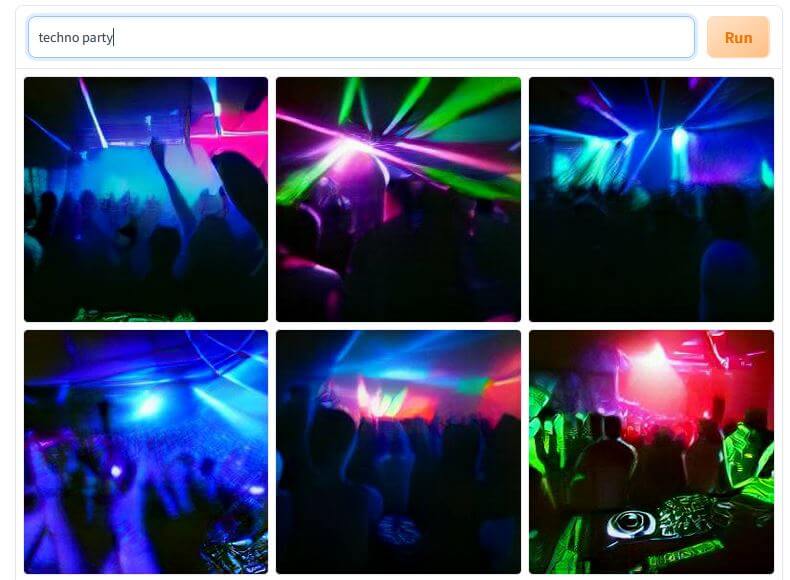 With the words „Techno Party“, „Dalle E Mini“ has captured well what a techno party is: dark rooms with some colorful light.

If the error „Too much traffic, please try again“ is displayed, the AI is currently overloaded, because too many requests are sent.

The easiest way to get your images is to press Run again. If this does not work, you should wait at least two minutes.

DallE Mini: Why so popular?

In the spring and summer of 2022, image-generating AIs became very popular. For the IPhone, for example, there is an app called „Dream“ that does the same thing as Dalle Mini only with different filters: creating new images from the essence of old images.

The AI Dalle Mini can create new images without being based on facts or being real. The AI simply creates them from combinations. This can be funny.