Where exactly is the Suwalki gap located? 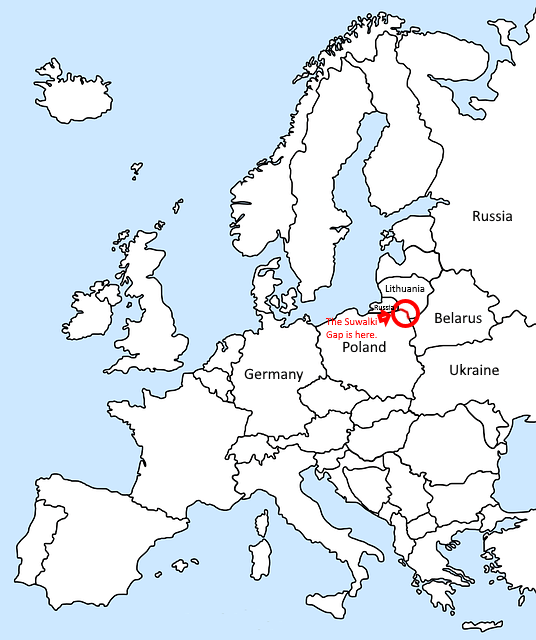 What is the significance of the Suwalki Gap in international terms?

Why would an occupation of the Suwalki Gap by Russia or Belarus be so negative for the West?

Lithuania and Poland are not only members of the European Union, but also of the military and defense alliance NATO. This means that in the event of an attack from the east, they could hope for military support from other EU and NATO countries in the event of a crisis. However, the Suwalki Gap should also be understood as a symbol of the division of the world into a Western and an Eastern bloc. If the Suwalki Gap had been occupied by the eastern states of Russia and Belarus, this would mean that the Baltic states of Lithuania, Latvia and Estonia, which lie behind this corridor, would be territorially cut off from their western allies. It would then also be unclear whether, in the event of war or conflict, supplies such as food and medicine, as well as military material, could continue to be transported from the West to these states. In the event of an emergency, this would make it easier for the East to militarily seize the Baltic states of Estonia, Lithuania and Latvia and subsequently occupy them.

How does the West deal with the threats around the Suwalki Gap?

The USA, a NATO partner, is particularly concerned about the stability of the Suwalki Gap. The U.S. believes that the probability of the Suwalki Gap becoming a bone of contention between East and West is high. They do not only see the danger that the Suwalki Gap itself could be attacked. In the event of a conflict between the Russians or Belarusians and the Lithuanians, Latvians or Estonians, they see it as extremely likely that the Suwalki Gap will be attacked quickly for strategic reasons in order to occupy it. This would quickly achieve the eastern states‘ assumed goal of cutting off the Baltic states of Lithuania, Estonia, and Latvia from the West and from supplies. As a result, the USA, Canada, Germany and Great Britain have repeatedly sought to secure the area around the Suwalki Gap with military forces if necessary. So far, there have been no military confrontations at the Suwalki Gap.